Seedlings from a triploid potato

It is one thing to read and try to understand how things work based on other peoples’ experiences, but I still find it more educational to try things myself. So, last year, I grew a triploid domesticated potato and tried to get seeds from it. The potato in question was Tumiri, a member of the Solanum x chaucha group, which are fully domesticated Andean triploids. Triploid potatoes are basically sterile because they don’t produce normal gametes that can combine with other domesticated potatoes. However, there are some low probability cases where they can produce usable gametes and there ought to be the possibility of getting a few seeds. I have previously worked with S. juzepczukii triploids and found them almost totally sterile. It takes more effort to get a single seed than it is worth. I had better luck with Tumiri. Most of the berries were empty, but I was able to produce about 300 seeds from a full bed. About 60 of those seeds had normal weight, indicating a fully developed endosperm, so I sowed them and voila! 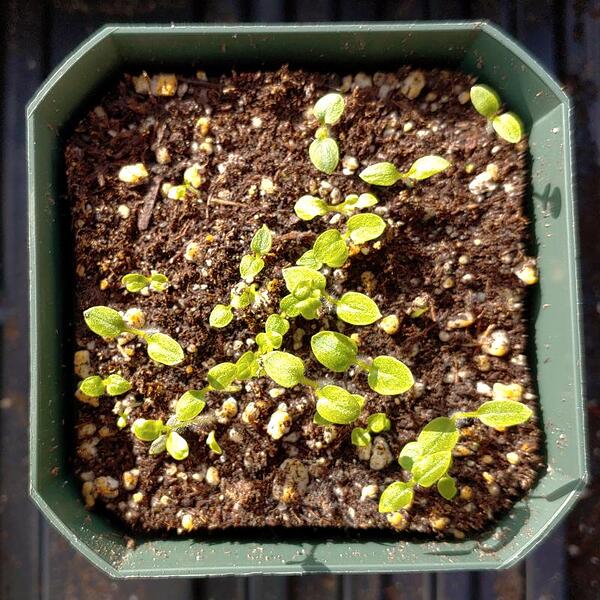 The next task will be to discover what level of ploidy these seedlings have. I pollinated with both diploid and tetraploid pollen, so I think there could be a mix of diploid and tetraploid seedlings, since the cases where a triploid can produce a functional gamete are when it produces statistically rare monoploid or diploid gametes, which would pair normally with pollen from diploids or triploids, respectively. There is also the possibility that many will have some extra, unpaired chromosomes, so I plan to do a real chromosome count on these, to see if I can find some of those.

I can almost hear you asking if there is any practical value to this project. We’ll see. Probably not.