Sylopash is my new champion for ulluco yield, producing an astounding 3.6 pounds per plant in 2020. It has a strong earthy flavor and a mid-range texture. It was a 2018 seedling out of Humptulips. It is a fairly good seed producer, so I am hoping to cross it widely and try to capture that yield in some different phenotypes. 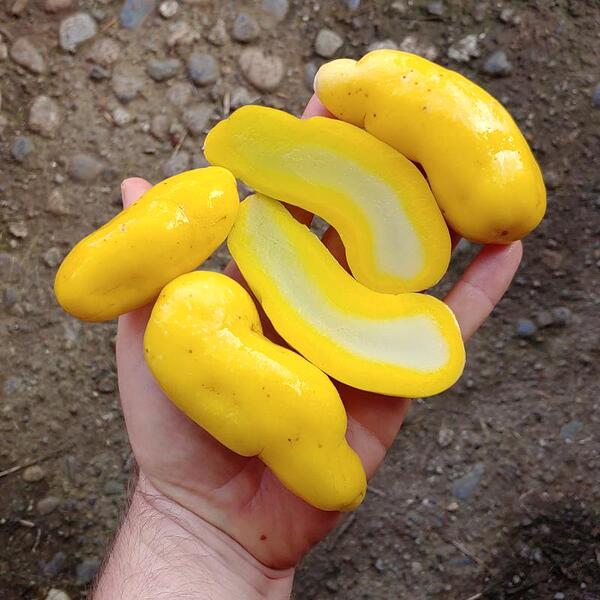 Wow! Does it produce a yield fairly early too? For those of us that might have problems growing it in our climate.

There is not really any early ulluco. Ulluco produces tubers in two phases. The first phase is a regularly small number of tubers that form relatively early underneath the plant. The second phase is tubers that form on stolons than descend from the foliage. The phase 1 tubers in this plant are fairly early, but you would only expect to get about 1/2 lb from a harvest on October 1st. The phase 2 tubers start late, like all ulluco varieties, and don’t reach a useful size until December.

My breeding goal is to focus on earlier and larger phase 1 tubers and later or even eliminated phase 2 tubers. It will probably take a lot of work to get there.