Yacon seedlings. I sowed 980 seeds of 7 varieties on November 11. 19 have germinated. 8 died shortly after germinating and another four are seriously malformed and probably won’t make it. Seed size correlates very strongly with seedling health; varieties that produce small seeds have a majority of badly malformed seedlings. So far, I have seven promising seedlings, four from Bekya at left, then two from New Zealand, and one from Quinault. There has been no germination in a week, but I had one seedling germinate several months after sowing this year, so I still hope for more. If you grow yacon and have more than one variety, you should really try making some crosses and collecting seed - at this rate, it is going to take a lot of people producing a lot of seed to make progress. 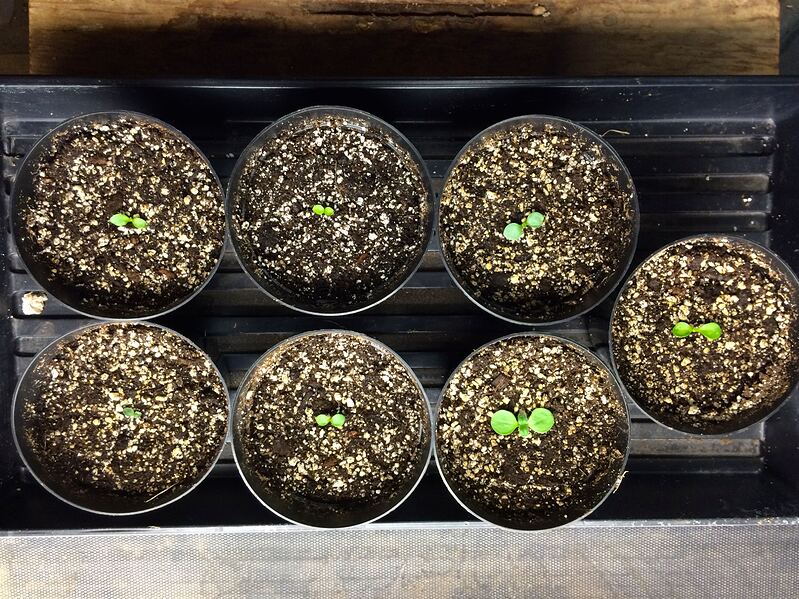