Most yacon seeds aren’t viable, but you can learn to sort out the good ones pretty quickly once you have seen how they dry: 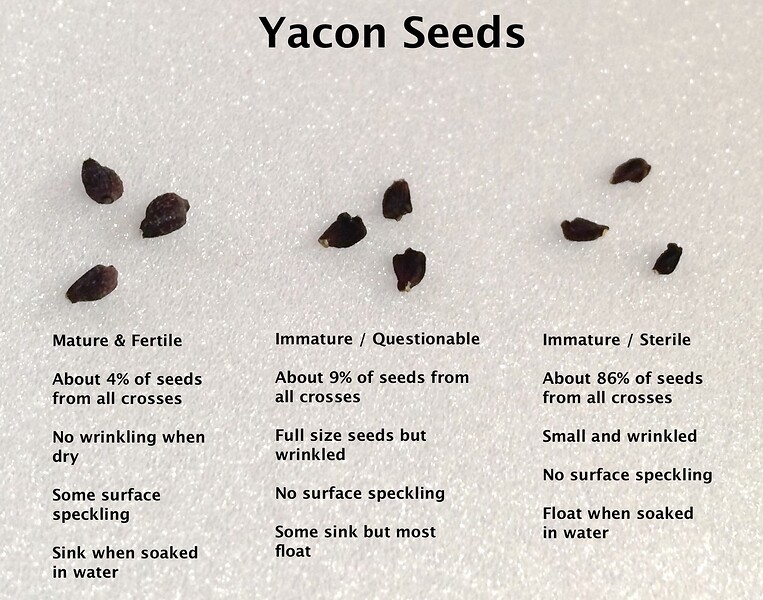 Another way to sort viable from non-viable yacon seeds. In fact, this way is probably better overall. Don’t remove the flower until three weeks after pollination. By that time, the viable seeds will have turned hard and black and can be separately pretty easily from the non-viable seeds, which remain purple and soft enough to dent with a fingernail. 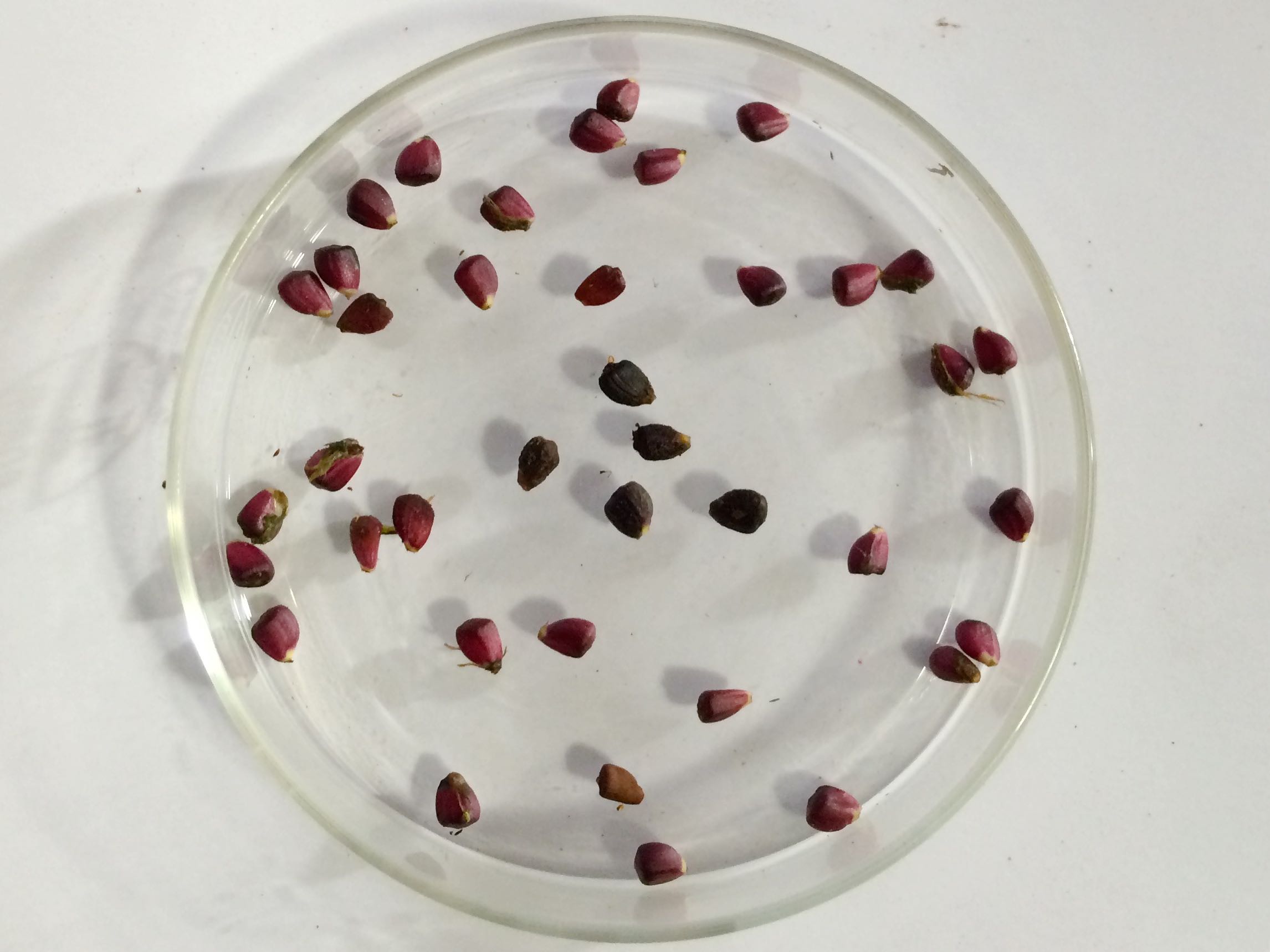