First potato of the year is...

not impressive. Well, that’s normal. Most of the time, I show you the few that I select to keep around. I don’t take pictures of the hundreds that I discard for each one of those. This is a Desiloo seedling that performed reasonably well in its seedling year and had good flavor. You are looking at the total yield of four plants. Pathetic. As is often the case for earlies, it lasted longer in its seedling year, so it had more opportunity to flower and formed larger tubers. Interestingly, the seedling had a blue ring that disappeared, probably also a result of the earlier maturity. It will probably be a worse scab year than usual, but I wouldn’t accept this level of scab even in a bad year. We’ll eat this one to extinction. 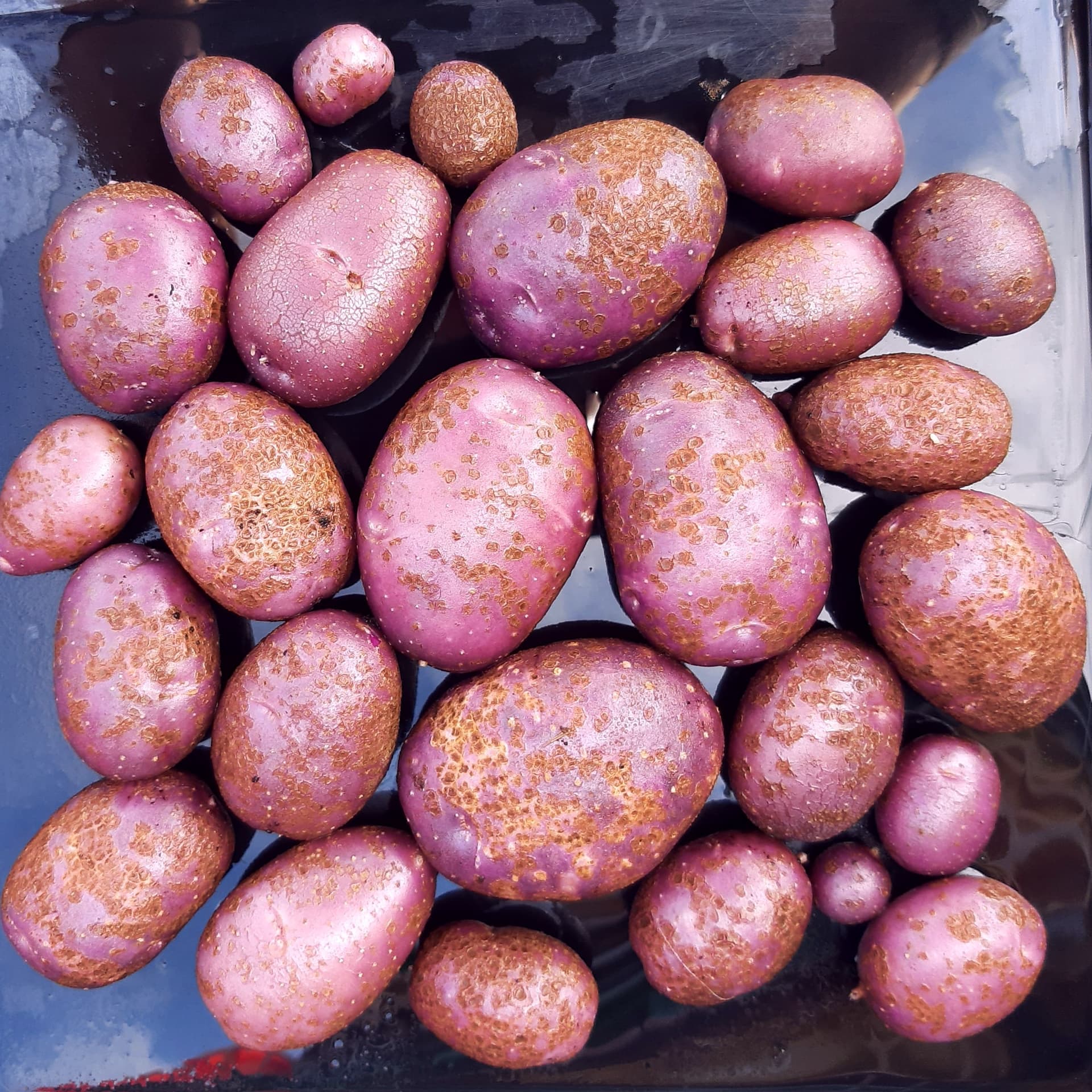 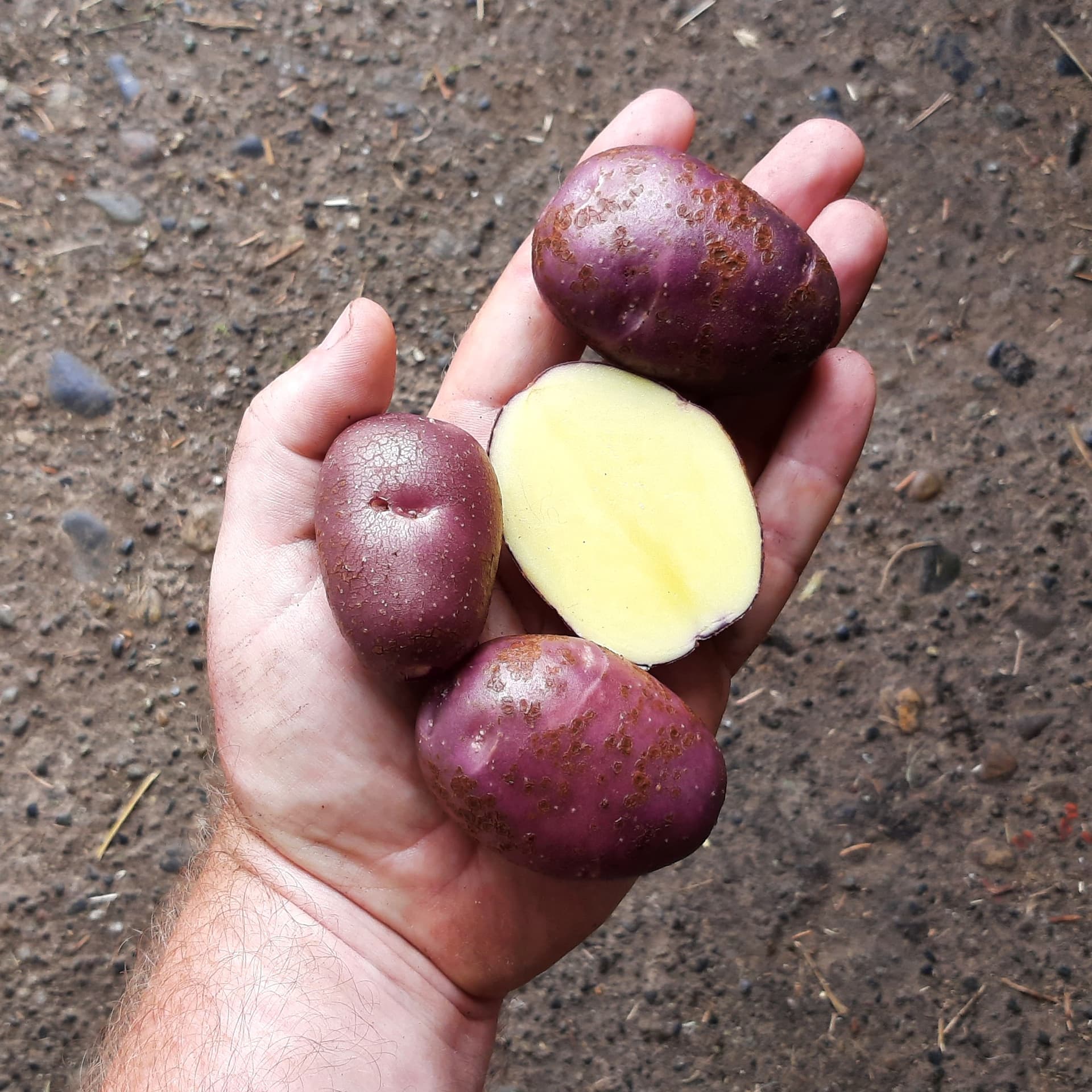