Hello and a question

Hello!
I have officially come down the rabbit hole for TPS and have ordered and received some seeds to trial next year.

I first found some potato berries on one of my plants last year and after figuring out what they were, decided to save the seeds to experiment with on this year. I grew 3 plants and found some decent size potatoes on them, but noted the plants are still green and still putting out what looks like more tubers. So I dug around and grabbed some good sized potatoes from them.

I did find something odd though, so I thought I would ask the experts about it as I have never seen this before. This potato I found seems to be growing another potato on it. I don’t think I have ever seen a potato sprout where it just makes another potato right there. Is this something you see with TPS? 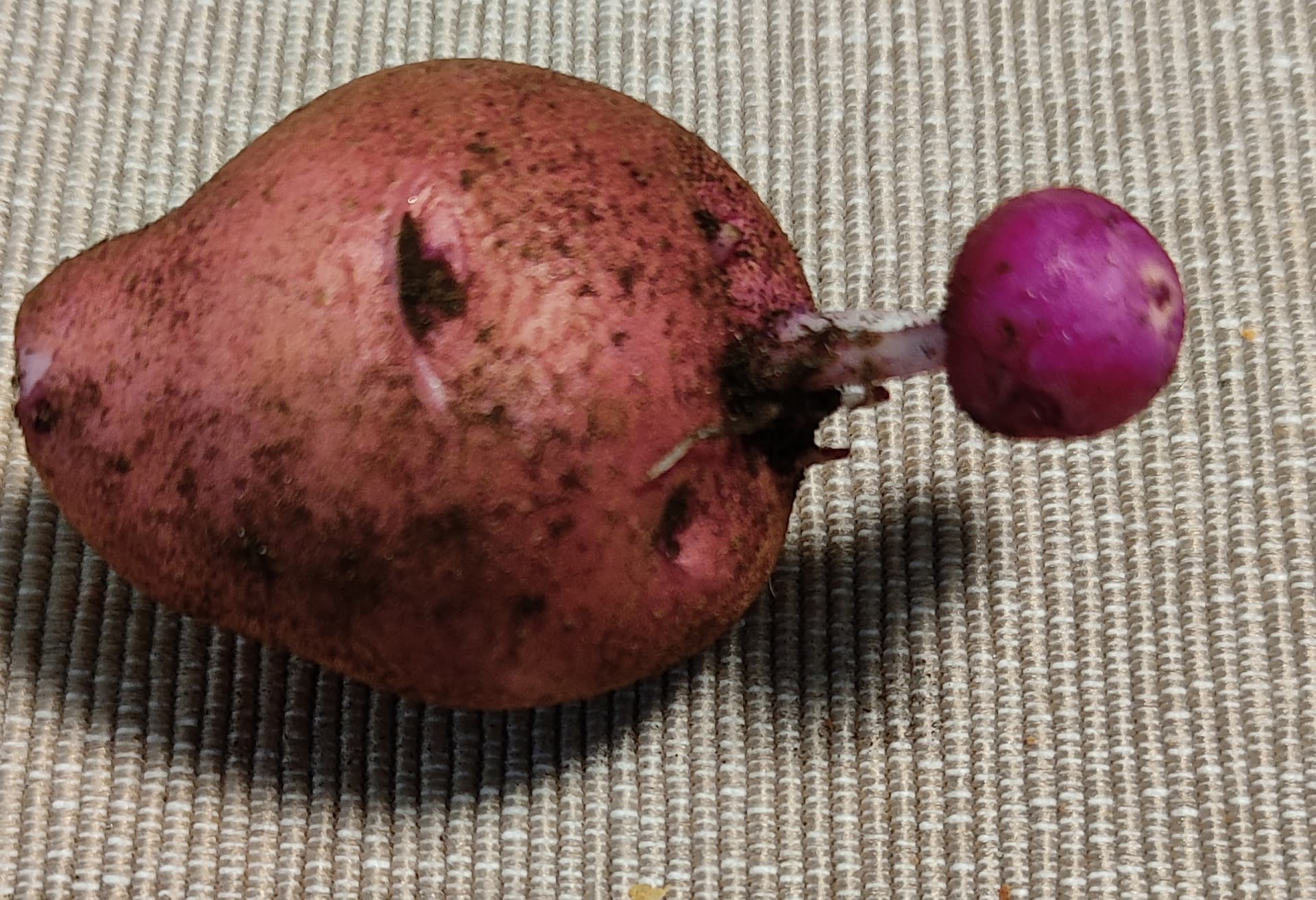 Welcome! When you grow from TPS, you are going to see some wacky stuff - all the things that breeders discard along the way to selecting a new variety. This is chain tuberization. It is generally an undesirable trait in commercial potatoes, although there is nothing wrong with it for a backyard grower. If left in the ground longer, you probably would have ended up with two full size tubers there. I have occasionally seen chains of four or five in very late varieties.

Wow that is really neat information. Thank you.

May I also ask your advice, which I greatly appreciate, I am a little uncertain when to actually harvest. These plants seem to be putting out newer tubers while a couple of the other tubers were starting to sprout. The plants are still green and thriving though. So is it best to dig and take some and let it continue to go as long as it is not near the frost date? I have been so used to whatever seed potatoes I can get that are usually died back by now. 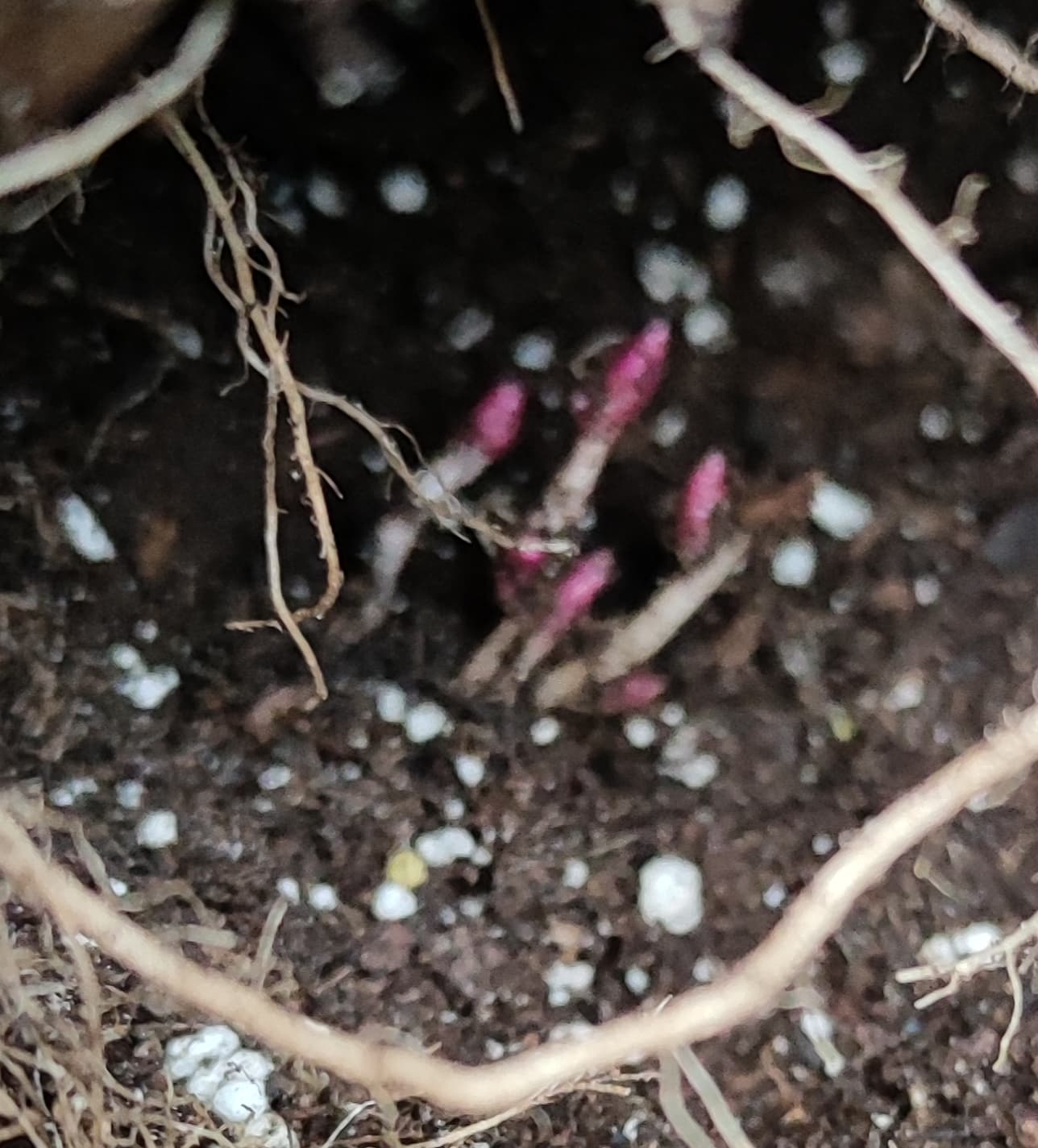 It is probably a late variety. It is always best to wait until the foliage dies back. That is when you will get the full yield. In the seedling year, plants tend to be later as well.