It is hard to sync up mauka blanco and mauka rojo. They like to flower at different times, but I managed to get them going together for the first time in several years. I have come to believe that rojo (pink flowers) is self-sterile. It rarely sets seed. On the other hand, blanco sets abundant seed without a pollinator. I hope to be able to get a few crosses in both directions this year. 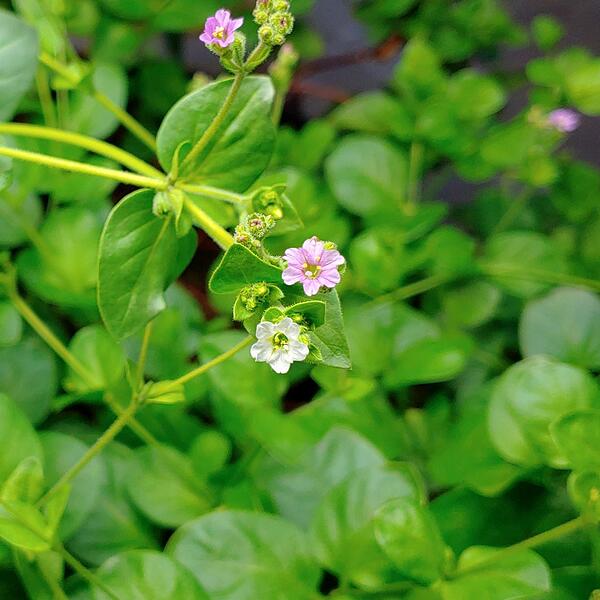 I have been trying to make mauka crosses for several years, but it is a difficult process because the flowers are small and easily damaged. When I have cross-pollinated the flowers, the few resulting seeds have all produced plants with phenotypes identical to the seed parent. I concluded that the crosses were failing and I was getting self-pollinated progeny, probably as a result of fertilization before I made the crosses. I have also never seen any apparent crosses from open pollinated seed. In nature, mauka is pollinated at night by moths and I think I must not have any nighttime pollinators that are interested. Probably the flowers are all self pollinating by mechanical action.

So, this year, I decided to try for certainty. I opened 50 flowers each on mauka blanco and rojo with a scalpel and emasculated them with tweezers and a headset magnifier. I then pollinated them with pollen from the other variety and waited. Of the 100 pollinated flowers, I obtained one seed and it was poorly developed. That seemed like a terrible result for the many hours of work involved.

But, I feel a bit better about it today, because that one seed germinated. Not only that, but this seedling collected from mauka blanco has the characteristic red mottling of mauka rojo. So, crosses are possible, just really difficult. 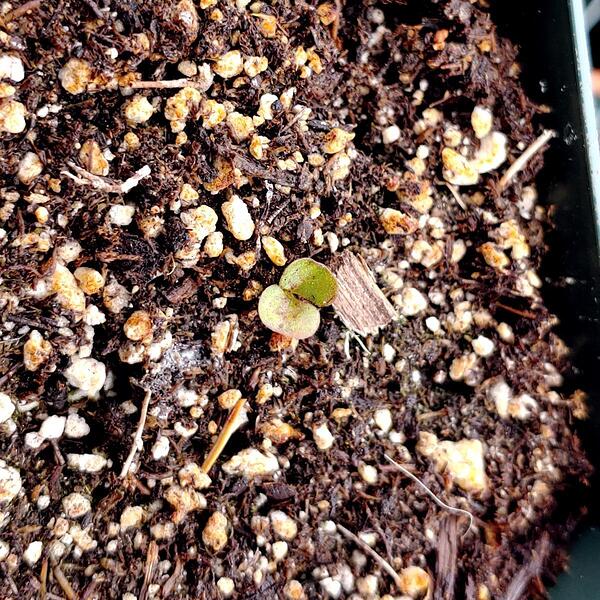 This also refutes the hypothesis that mauka rojo is male sterile, since it was the pollinator. It might actually be female sterile or just not particularly fertile.

Wow! I can’t wait to see what that seed turns out like.